Gunpowder is a great invention made from China, it made a big change in society of China and countries near China. When gunpowder was created, it was an accident. After the gunpowder was created and used, it spread to the world and also made a change to the whole world the China won the war easily with the weapons that used gunpowder.

Gunpowder was created in 850 A.D. Group of Daoist monk made the prototype of the gunpowder earlier than Chinese. Chinese made the actual gunpowder. But actually the Daoist Monks were trying to make an elixir of everlasting life, in the attempts, they mixed saltpeter, sulfur, and charcoal and what they made was a substance that was highly explosive. When the Chinese made gunpowder, first they used it as medicine. 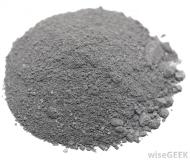 Picture of a Gunpowder

This is how to make Gunpowder

Shennong’s Classic of Materia Medica is the book it said that gunpowder was also used for medicine. When the gunpowder was actually used as weapons, there were lot more people killed in the war. Because it was that powerful, other countries used gunpowder to take over lands and make colonies. For example, Japan had attacked Korea and Korea was Japan’s colony for about 50years.

In 1206-1370 CE it spread to the Mongols, and in about 13th century, gunpowder after had spread to Japan, Islam, and then Europe and the Arabs improved their weapons with gunpowder. It was spread to Europe by Mongol, Mongol captured some of the Chinese makers and turn them to their side. After Roger Bacon visiting Mongol, Epistola de secretis operibus artis et naturae written around 1267. This book was how the European knew about the gunpowder. After the world knew about the gunpowder, they used it for making more colonies. Lots of gunpowder was used to make other people obey to them. In war on water the gunpowder was very useful for example, when Japan attacked Korea, Yi Sun-Shin made a ship that was powerful and equipped cannons. So that is how gunpowder was useful in Korea.

This is the specific event that was related to gunpowder.

This a smoke made by gunpowder

The gunpowder that was used all over the world had some weak points, when the canon or gun is fired, they had to wash it to reuse it. Because lots of gunpowder is used when firing but only some gets used and most of them left in the barrel. When on the sea, if you miss the enemy ship, it took a long time to reload and fire again. Explosion or the smoke can let the enemy know where they were. Also when thick smoke happens, it could make the aiming harder because it could cover the place where the gunner needs to shoot and that is why computer was made to calculate. When a war that gunpowder is used happens it can leave lots of marks on the ground. So gunpowder wasn’t just ‘GOOD’ to use. Some times, gunpowder had some of these kinds of weak points.

Before Gunpowder was Made

Did you know that Black powders and Gunpowder are different substances.

How the Gunpowder is similar to the modern days:

Picture of a black powder

Gunpowder is also similar to grenades, because grenades are just like gunpowder. Gunpowder and grenade are both explosive and are used in wars.

Gunpowder was an invention that influenced the whole world and made the world change. Even though there were lots of consequences, the world used gunpowder as the their weapon. Now, we have more powerful weapon than the gunpowder. Because there was gunpowder, powerful explosive weapons exist now and use it to defend the countries. So we should thank the Chinese for inventing gunpowder.

This is your very first post. Click the Edit link to modify or delete it, or start a new post. If you like, use this post to tell readers why you started this blog and what you plan to do with it.